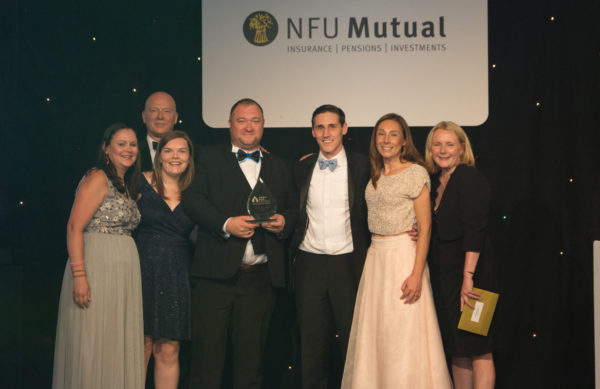 We are thrilled to announce that we were awarded the Major Works Project of the Year award at the ARMA ACE Awards last Friday. Attended by 500 industry professionals, the awards celebrate excellence and exceptional achievement by the UK’s leading residential managing agents, partners and suppliers and the work of their people in improving the lives of over a million leaseholders across the country.

The Major Works Project of the Year award win was based on the work our building consultancy team carried out on one of the residential blocks we manage. Chadbrook Crest is a 13-storey 1960s development comprising 52 apartments which majorly needed modernising to update and repair its exterior. David Baker, Associate Director, managed this project and was delighted to receive the award on Friday.

“To receive such a prestigious award for our work at Chadbrook Crest is just the icing on the cake for the whole team. It’s fantastic to be recognised by ARMA, who are the leading trade association for residential leasehold management in the UK.”

“The winners are a credit to the industry and I know what a hard job the judges had in deciding who should go home with a trophy from so many outstanding entries. The winning firms and team members are setting the standard for companies that wish to be recognised for achieving excellence and best practice in their field.”