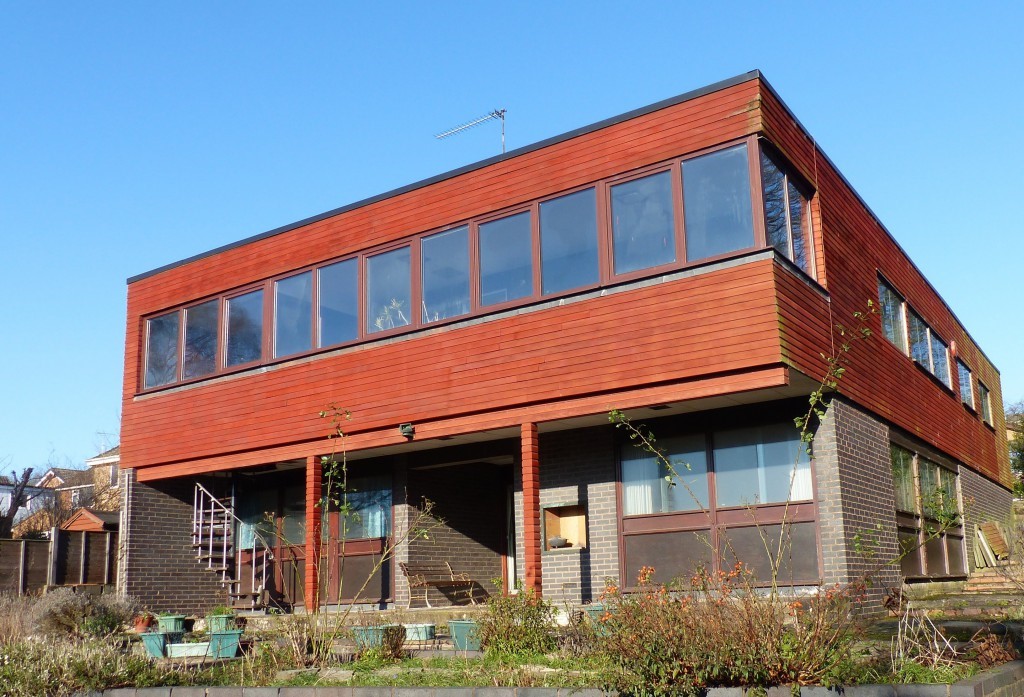 ‘House of the year’ goes under the hammer

A unique architect-designed home – which was named Daily Mail ‘House of the Year’ 1967 – is to go under the hammer for the first time since the late 1960s.

‘Montana’, located at 15 Boscobel Road in the Grove Vale area of Great Barr, Birmingham, is being sold at our upcoming auction next month.

Designed in 1966 by local architect Ronald Smith, the two-storey four bedroom house was built in the ‘Canadian style’, meaning that it is constructed on a slope with the upper floor at road level and the lower floor below ground.

One of very few properties of its kind in the UK, it was crowned Daily Mail ‘House of the Year’ in 1967 in conjunction with the Ideal Home Show, an event which was at the time run by the national newspaper.

Having originally been completed in 1966, the house has been owned by the same family since 1967. It includes a number of original features including a Parana Pine interior, Canadian-style period picture windows and a unique exterior spiral staircase connecting the garden of the house to the first floor.

Stuart Tullah, associate partner and our auctioneer at Pennycuick Collins, said: “This is an incredibly unique lot and it’s very exciting to see it come up for auction. When it was first built 50 years ago, this was a very modern building, but with many of its original features still standing today, it is now a great piece of history. We’re confident there’ll be lots of interest in ‘Montana’ on the day of the auction.

As well as its award winning design, the house is set it picturesque surrounding alongside Red House Park, overlooking the lake.

The house will be up for sale at our next auction day at The Legends Lounge, Birmingham City Football Club on March 2, starting promptly at 11am. It is expected to sell for more than £240,000. Please call us on 0121 456 1700 for more information.