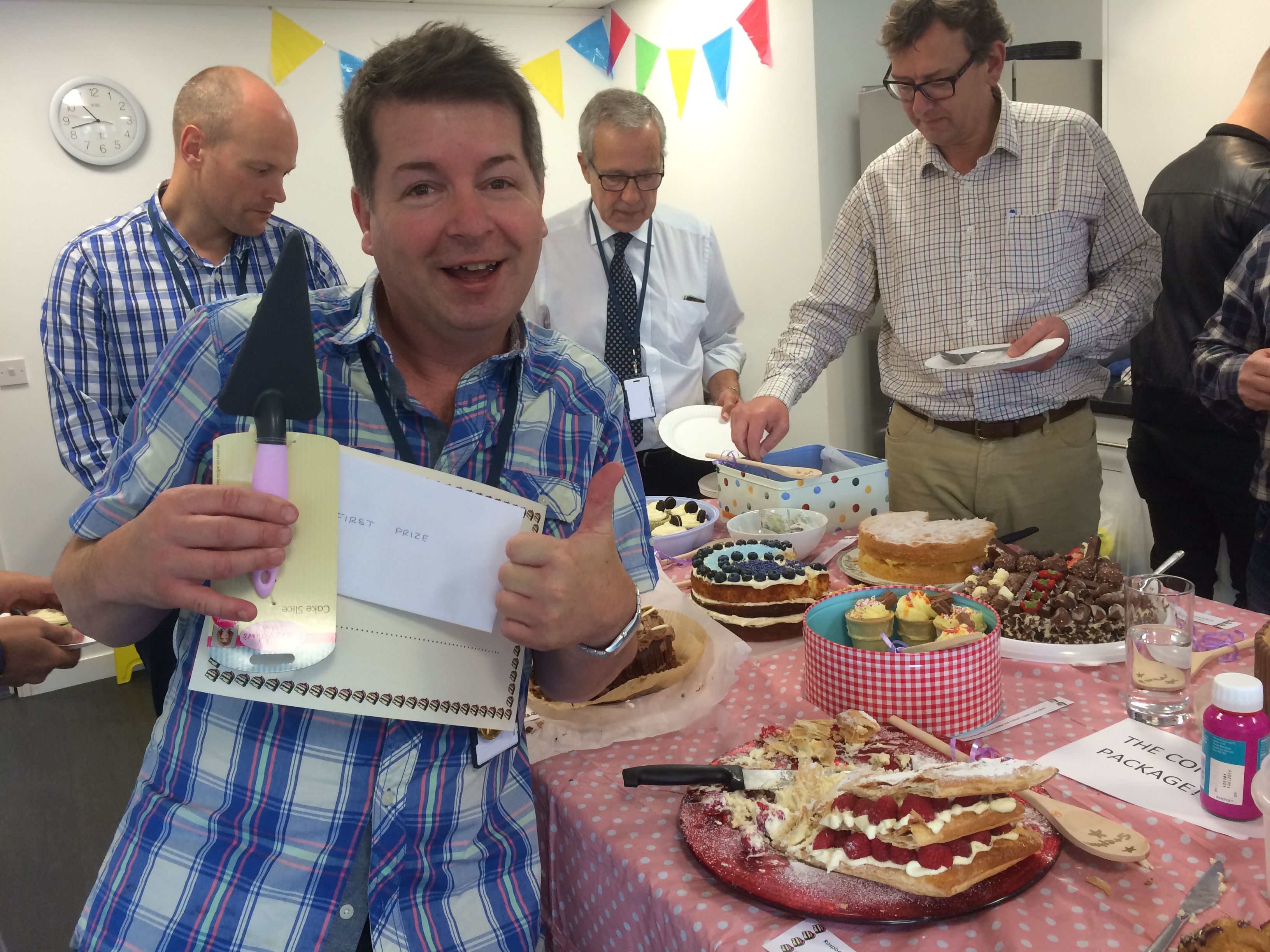 On your marks, get set… BAKE!

To mark the latest series of the Great British Bake Off drawing to a close, the office decided to have their very own Great Pennycuick Collins Bake Off!

12 spectacular showstoppers were entered for judging, including a mini croquembouche, Guinness cake, lemon curd Victoria sponge and traditional chocolate cake, with our Partners Peter Dening and Richard Moxon stepping up to the challenge of being ‘Mary Berry and Paul Hollywood’ for the morning.

Our judges decided to crown Residential Sales Manager Stephen Haigh as Star Baker, who won with a fantastic raspberry millefeulle that received rave reviews for its perfect pastry from Richard and Peter.

Partner Richard Moxon said “We have had some fantastic entries into our Great Pennycuick Collins Bake Off and would like to thank all those who participated for their superb efforts. It was a very tough decision but Stephen’s raspberry millefeulle was truly a ‘showstopper’.”

All proceeds from the day shall be donated to our two nominated charities, Birmingham Freedom Project and Magnolia House.