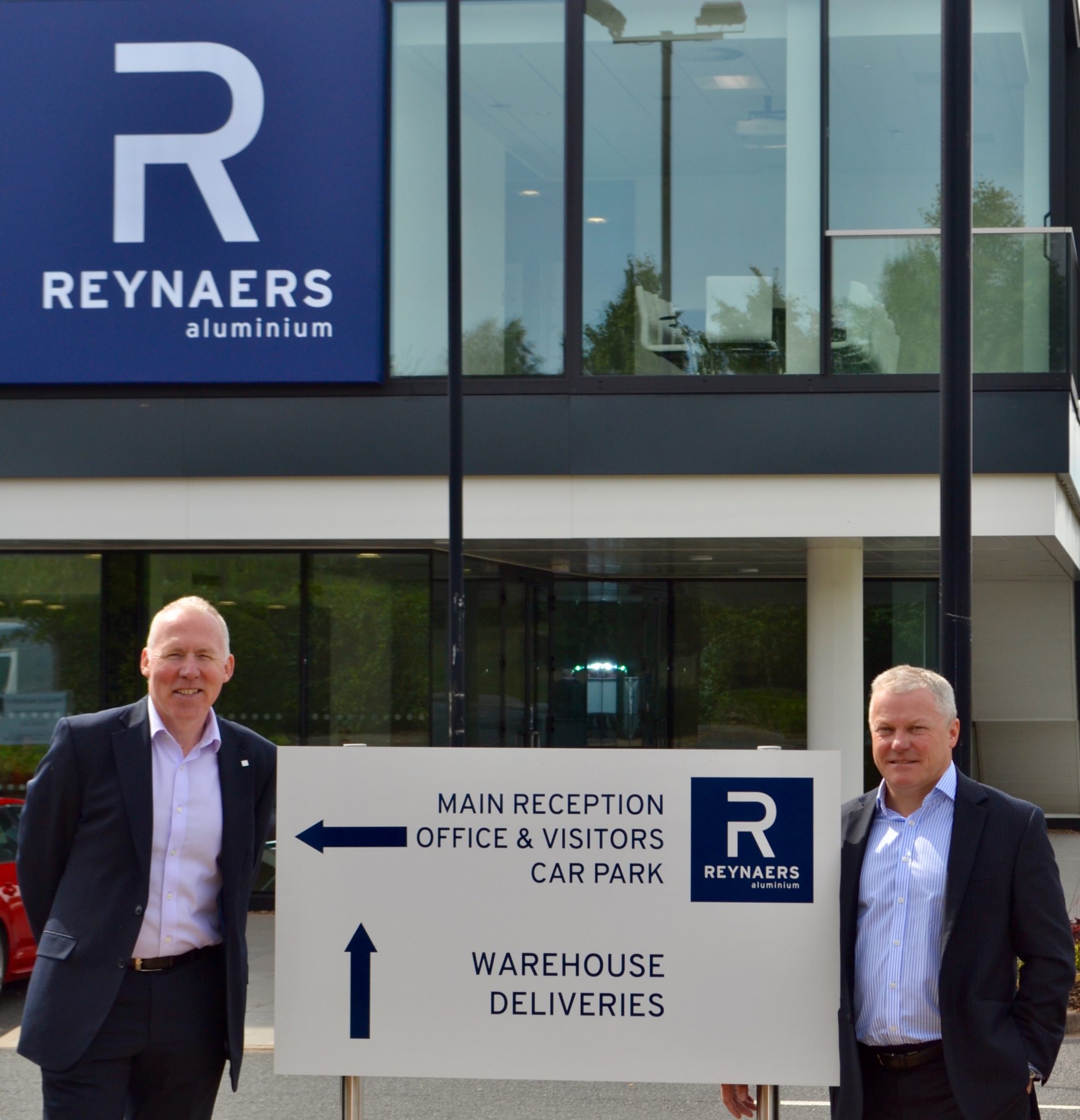 A leading European manufacturer of premium aluminium doors and windows has relocated its UK headquarters to new premises in Hollymoor Way, Northfield, Birmingham, following a £3.5 million refurbishment and expansion project managed by Pennycuick Collins. Originally constructed in 1999, the unit has undergone a complete transformation over a 12 month period, adding an additional 20,000 sq ft of warehouse space and 9,500 sq ft of office space to the original 53,000 sq ft floorplate. Around 50 of Reynaers staff have now relocated from the company’s previous facilities in Woodgate Valley Birmingham, which will accommodate plans to grow its UK business with the additional capacity created. Pennycuick Collins acquired Hollymoor Way on behalf of Reynaers and subsequently disposed of the company’s former premises in Woodgate Valley.

The state-of-the art facilities incorporate Reynaer’s own products, with curtain walling, windows and sliding doors. The centre includes two showroom areas which will mean that customers can view products in situ, as well as on-site training facilities allowing the company to host in-house training sessions for staff from throughout Europe as well as with partner firms including architects, property developers and building professionals. Staff have access to dedicated break-out areas indoors and outside, with plans to install a gym in the coming weeks.

Speaking about Pennycuick Collin’s role as project managers, Head of Building Consultancy Adrian Roddick said: “We are very proud to have been involved in supporting Reynaers’ plans. The work undertaken at Hollymoor Way on behalf of Reynaers has been transformational and sets a very high benchmark for the manufacturing sector. This is a showcase refurbishment project and demonstrates how innovation can be incorporated in an industrial setting, creating an inspirational working environment. ”

John McComb, Director of Technical Services at Reynaers added: “The move to Hollymoor Way was vital to our UK plans and gives us a significant advantage in terms of working practices. Our working relationship with Pennycuick Collins spans 20 years and their team played a key role in helping us to achieve the vision we set out for the new site.”

Reynaers, whose headquarters are in Belgium, operates in 37 countries, has a global turnover of €387 million and employs more than 1500 people worldwide.